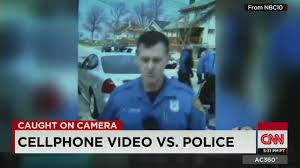 The Truth that Heals

Putting myself through university as an emergency room staff assistant, I saw plenty of festering wounds that had to be drained. It was a foul business that I avoided whenever possible. But the truth of that infection had to come out if healing were ever going to take place.

The way that truth tends to come out has changed over the years. It has gotten more technical in the way of smartphones with video cameras. We now have hundreds of thousands of self-proclaimed documenters ever ready to capture what is going on with their phone cameras -- and it is making a difference.

We saw this clearly in the past two weeks with the death of George Floyd – a black man living in Minneapolis. As the police officer held the handcuffed George to the ground with his knee on his neck, a bystander was videoing the entire episode on their phone. Almost 9 minutes went by without the officer letting up, despite pleas by George that he couldn’t breathe. Other bystanders pleaded too. Three other rookie police officers stood watching and the rest is history. George died, and the world exploded.

Had this person not had the presence of mind to film this horrific incident, the truth of this death would have only been a police officer’s word against a dead man. Since the time of slavery to current days, the unfair treatment of black or ethnic citizens vs white citizens has been growing below the surface like a festering wound. If things are ever going to change all that hate must be exposed and that is the blessing of technology at this time. What’s captured on film doesn’t lie.

Some of Jesus’ most famous words spoken to the Jews who were following him were these, “If you continue in my word, you really are my disciples. You will know the truth, and the truth will set you free.”  Now Jesus was talking about being set free from being a slave to sin – all those foul things we say and do that we can’t stop doing. These Jews didn’t see the need to be set free but Jesus knew they had a serious sin infection that needed to be drained.

A parallel to this is true for America. Many of us don’t see a problem. But as this week’s history unfolded, what came clearly to the surface is that we have a serious underlying infection in our country that must be exposed for what it is – sin against God and our fellow man. Any kind of falseness that gets exposed -- such as how the police treat its citizens –will only serve to heal our land. This should encourage all of us to be documenters of the truth so our land can heal.

Back to: Seeking God for the Issues of Our Time-Table of Contents